Kids freak me out. I realize that makes me weird and unrelatable, but it’s a fact. I tend to talk to them like they’re tiny adults, and it doesn’t always go over well. (For instance, my sister and nephews lived with me for a short time, and, one day, out of nowhere, Caeleb, four-years-old at the time, bursts out with a pretty emphatic and frustration-fueled “Jesus Christ!” My sister instantly turned and glared at me. “He got that from you, you know,” she said, before appropriately disciplining her son and stressing that ” we don’t repeat the bad things auntie says.”) I just don’t relate well to kids–or maybe that’s not true. Maybe I relate too well to kids and the results are mostly just me totally getting what it means to be a kid and mentally devolving into exactly that.

I don’t know. I’m not a psychologist.

This sweet German woman had been coming in off and on all day yesterday, handing me this cute little book her six-year-old granddaughter made. She wrote it and illustrated it herself, and even spelled words correctly and used certain words in correct context that six-year-olds typically don’t have a great grasp on. It was impressive, and the drawings were super cute. “Animals Small Stories,” it’s called, and it’s comprised of three stories, each a few sentences long, about a turtle, a bunny, and a koala. The grandmother raved about the little girl’s intense love of writing and drawing, and wanted to give copies to everyone in the family.

That’s impressive. I remember being about six and writing my first story about a little girl named Mara. I can’t recall exactly what it was about, but I wish my mother had kept it. It was a nostalgic thing.

Anyway, the final time the woman came in, she brought the little girl with her. They played while I made copies, and all you could hear throughout the whole store was the little girl’s hysterical laughter while she and her grandmother passed the time. When I was through, I handed the books over, and I asked the little girl, “Did you write this story?”

“Yes,” she said, ducking a bit behind her grandmother and tugging a bit at the little bow holding her hair in a ponytail at the top of her head.

“Well,” I said, leaning down and thumbing through the book, “I think your story is really good and your drawings are awesome. Are you going to make more books like this one?”

She edged out from behind her grandmother and leaned a little on the counter, fidgeting slightly. “Maybe. I think so.”

“Yeah? You should. This is really good. And when you’re done, you should bring them here so I can read them. I’ll make you more copies and you can tell me all about them, okay?”

“Yeah, okay.” She was beaming. It was probably the cutest thing I’d ever seen in my entire goddamn life. Next, though, she turned and whispered to her grandmother as I was ringing them up and bagging the books.

The woman laughed. “She wants us to make a copy for you, too!”

Again, probably the sweetest thing in the entire history of sweet things. I made a copy for myself and stapled the spine like the others, before sliding it across the counter. “You need to sign it now,” I said. “When you’re famous, I’ll get to show everyone. Can you sign it for me?”

And she did. Scrawled her name right across the back cover (she didn’t want to write near the drawings so I could look at them) and capped the pen like a little pro. I now have a copy of a Chloe F. original.

Moral of the story? Encourage little kids in their creative efforts. A little girl, hiding behind her grandma, totally came out of her shell and gave me a copy of something she created because she got some encouragement from a stranger. 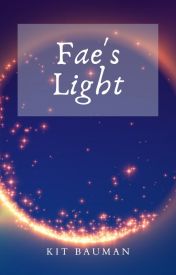 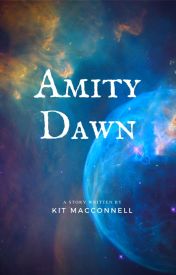